The UN projects that world urban population will increase from 54% in 2014 to 66% by 2050 and with 60% of these people living in Asian cities,where in the next 10 years will reach 2.5 billion people, population density and sustainable mechanisms and policies for urban environments are becoming central issues for Asian cities.

It is hard to understand the dynamic cultural, social modernization process and transitory political and economic contexts that have formed through break neck speed economic growth in Asian cities through the discourse of western cities. The interface between the people and the city are transforming very fast especially in the high density and high speed digital communication networks of Asia, producing uniquely Asian urban conditions. The power, finance and communication systems are constantly producing mega scale, high density projects that coexist with the informal, creating distinct urban fabrics, user patterns and economic, political actor network structures.

As a mega-metropolitan area with over 25 million people, Seoul is an Asian city where the formal and the informal fuse to create a dynamic high density urban fabric. The studio investigates the homogenous relationship of housing, commercial, educational, public programs, real estate driven urban development and social disparity and its informal ‘public’ spaces relative to the increase of senior population and single households to study the urban spatial mechanism of the formal and the informal urban fabric to project new spatial agencies. 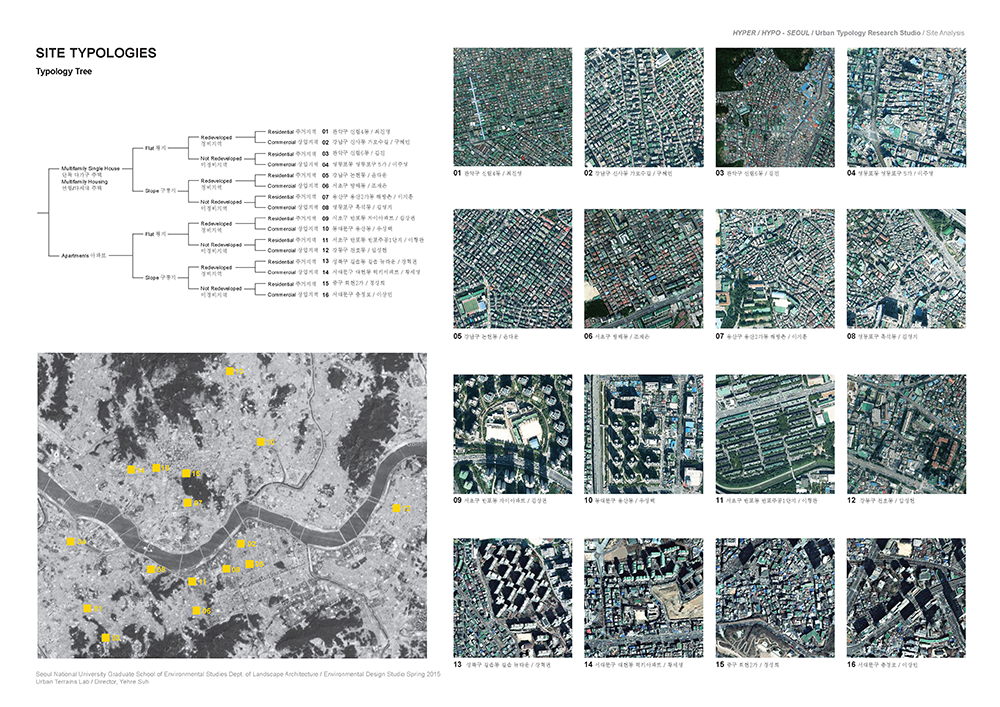