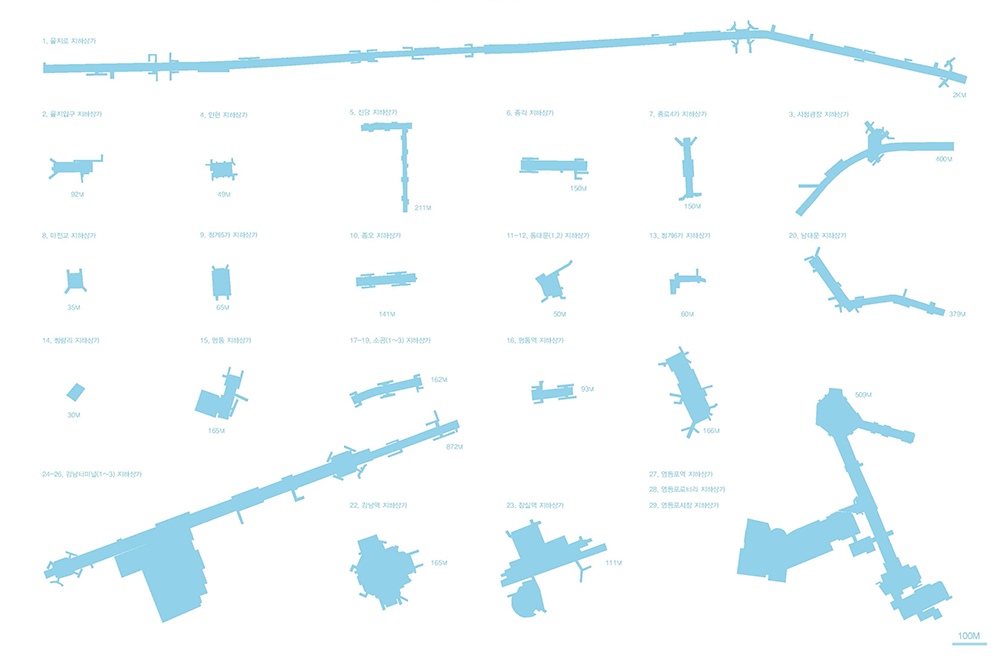 With the neoliberal global market competition, recent city governments have become overwhelmingly infatuated and enamored with economically and socially engineered models of urban space where top-down how-to formulas made famous by urban gurus such as Richard Florida(creative class), Jan Gehl(livable cities), Jamie Lerner(urban acupuncture) and success stories of urban projects in other cities such as New York(Highline), Bilbao(Guggenheim), Rotterdam(The Market) are copied and implemented with no hesitation. This is transforming cities into homogenized and hygenicized cookie cutter molds where site specificity of places are commodified into tourist attractions and the generic molds of mega-chainstore, shopping malls and developer office towers, condominiums and hotels take over the small businesses, replacing a diverse scale, open system into a uniform, closed system.

In the mad global urgency for homogenized and hygenicized upgrading of urban spaces based on such imported models, the social, economic, cultural, political diversities, schisms, conflicts, negotiations, disruptions, mutations, diversions and its urban ramifications specific to the area have not yet been explored as an urban possibility. Urban spaces are social constructs that reveal, represent and structure the social, cultural, political prejudices and quirks of a society and Seoul is no exception.

The objective is to investigate the city as a site of new urban discoveries. As ecologists exploring a newly discovered land, we will explore the urban realm of Seoul to investigate new urban ecological systems that can potentially become alternative strategies of urbanism. Social, economic, cultural, political ecologies will be identified and analyzed to understand the unique urban spaces and habitats formed by them, and as social constructs, urban spaces will reveal the social inequalities, economic divides and political conflicts inherent to the ecological system. Based on this research, the studio will expand on the various ecologies as possible strategies of urbanisms that are generated from, and therefore sustainable, and yet adjustable and open to the formal and informal fabric of the city. Following are possible topics of interest:

GOSHICHON | EXAM VILLAGE
: Urban Ecology of the Exam Village and SROs in Noryangjin 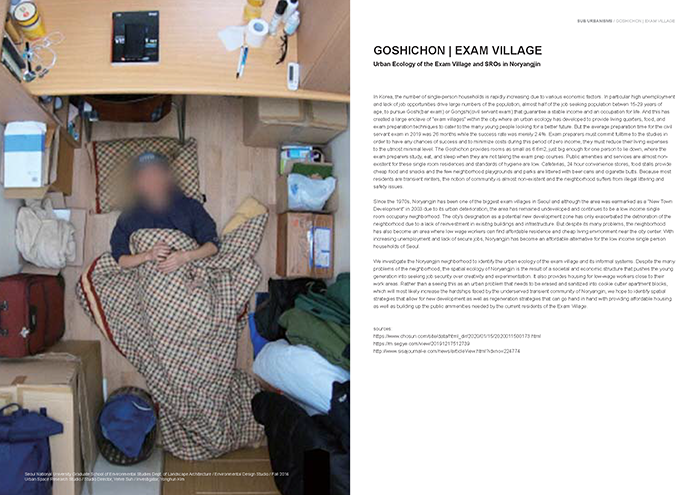 REPUBLIC OF COSMETIC SURGERY
: Urban Ecology of the Cosmetic Surgery Tourism in Gangnam 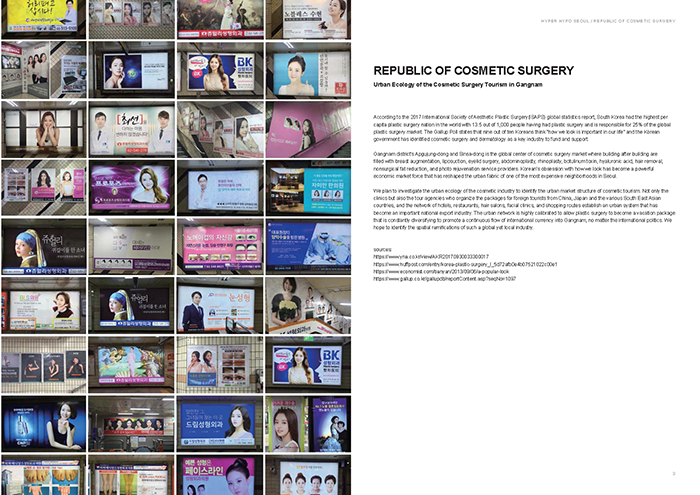 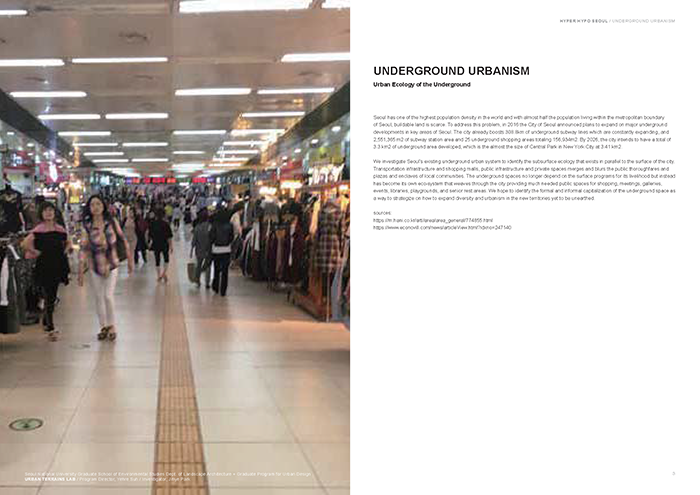 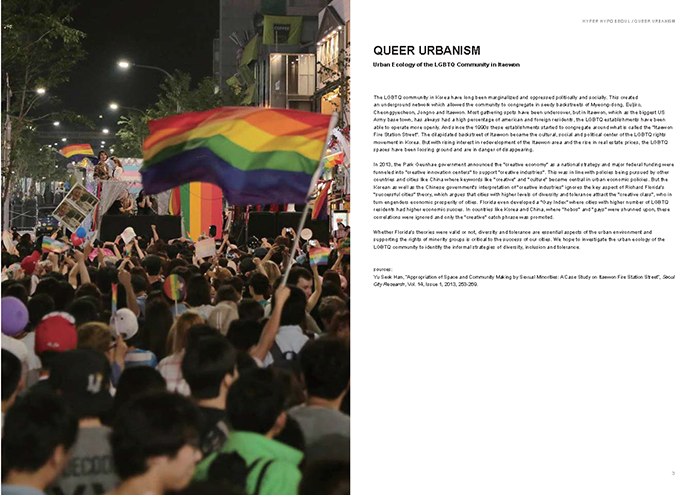 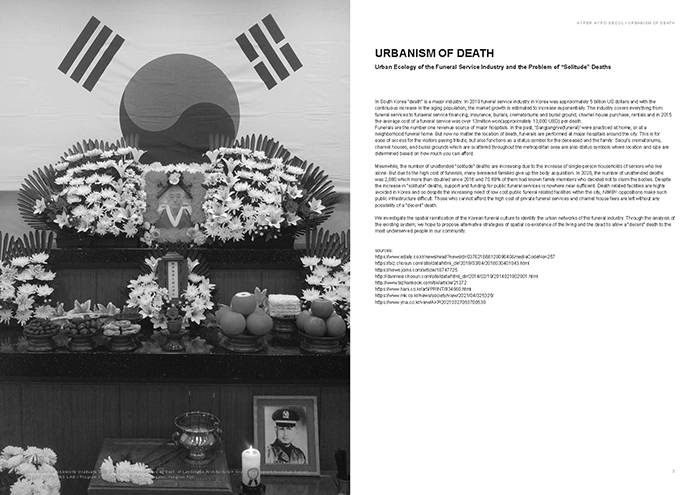 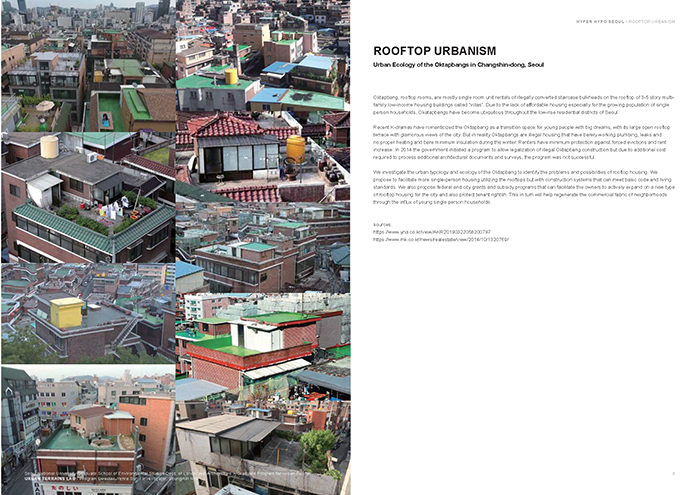