* Urban Terrains Lab was selected as 1 of 15 architecture firms to participate in the co-op development pool for the site.

The house is located on the outskirts of Sejong City, the new planned administrative capital of South Korea. The clients were avid gardeners and amateur arborists who wanted to maximize the inside/outside connections of the house. But having lived in high-rise apartment complexes most of their lives, they were highly concerned with maintaining privacy from the street and its neighbors. Therefore it was important for the house to open up to the landscape of the garden and the majestic Gyeryong mountain ranges beyond, while still shrouding the house from public view. 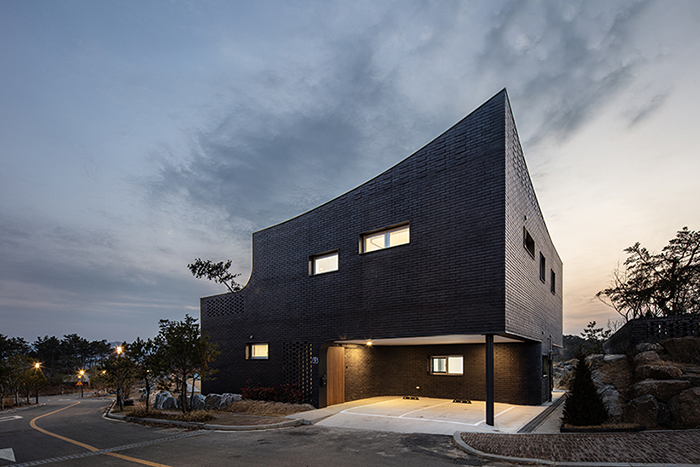 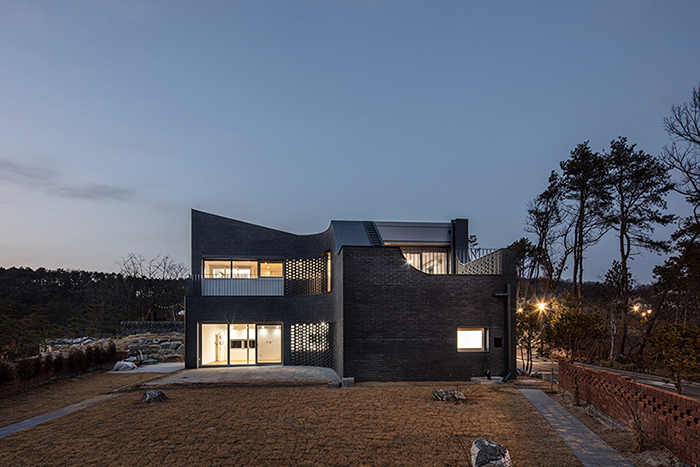 The project utilized the transformative quality of brick to create a fortress-like barrier toward the street and neighboring houses, while transitioning to a more porous and open screen that allowed expansion into the intimate as well as far away landscapes. The brick skin wraps and stretches around the small house like a stratified ribbon from thick to thin and opaque to transparent, adjusting to the programmatic demands within as well as from the surrounding site. The opaque brick skin, with minimal punctured windows, wraps around the house from the street side on the east and the north elevation which faces the adjacent house, while gradually opening up fully into the garden and the horizon facing balconies at the south west corner. The roof line of the façade also undulates as needed to meet the site and programmatic demands. The roof line is at its highest elevation on the street side to block the view of the rooftop photovoltaic panels from street level, while dipping to its lowest point to the north to allow for the neighboring house’s view corridor. The undulating roofscape of the house provides a topographic foreground to the geological background of the Gyeryong Mountains beyond. 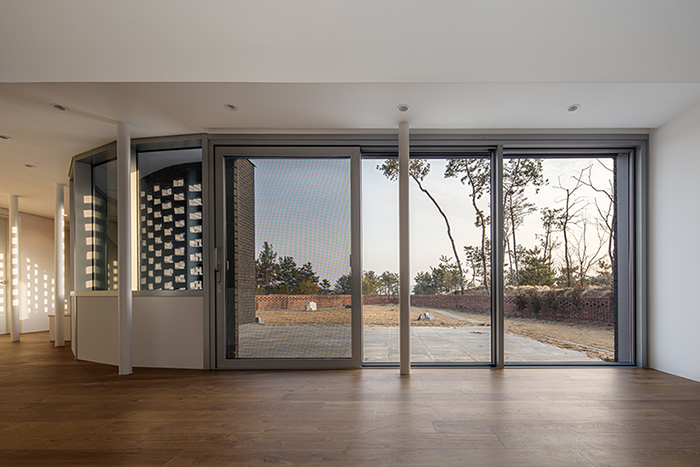 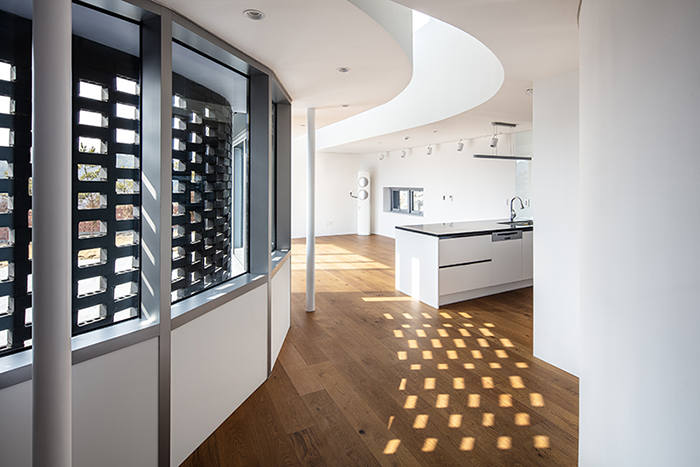 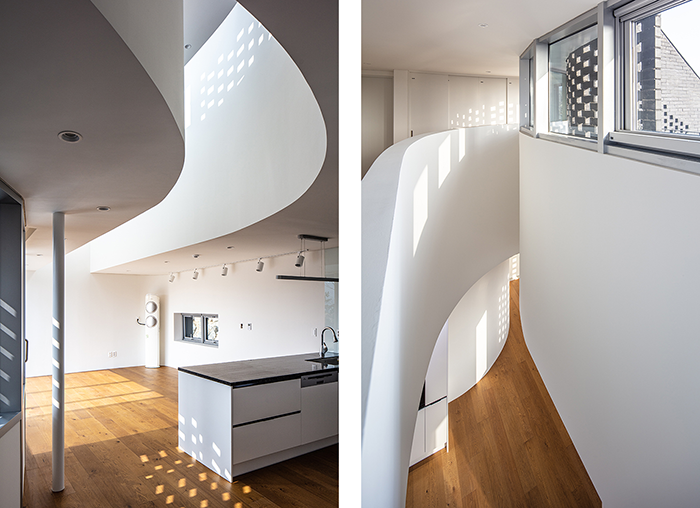 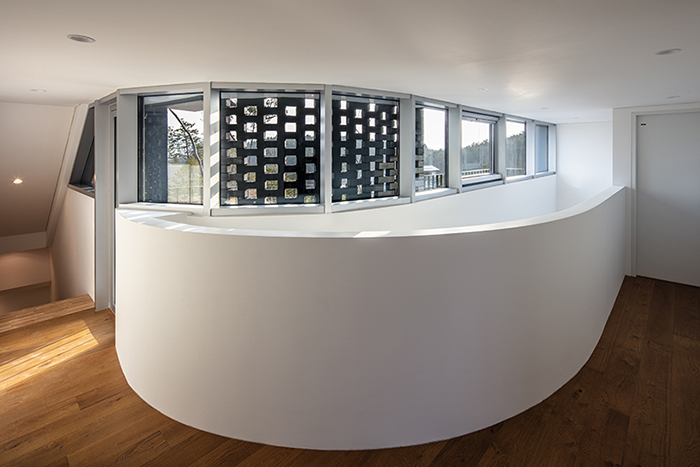 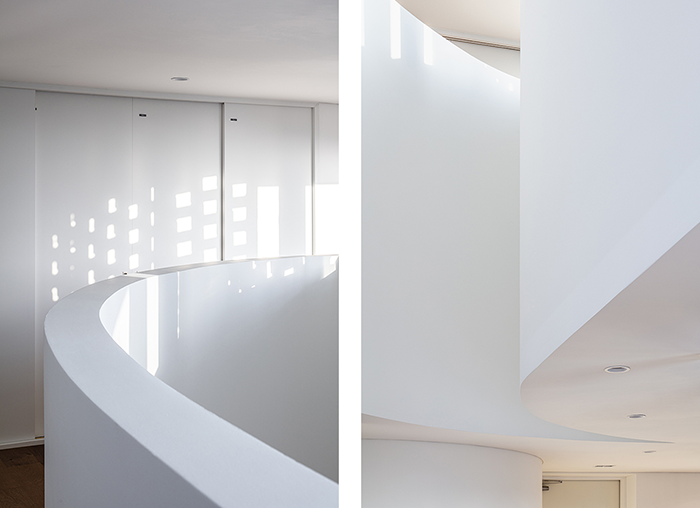 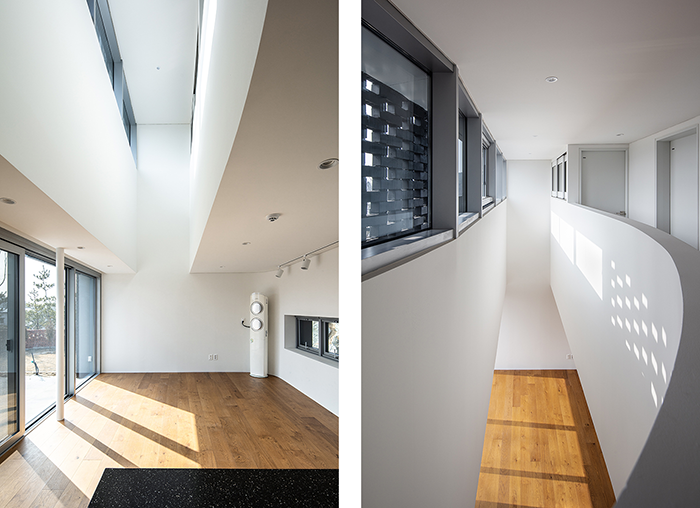 Planometric curves were vital in resolving several design challenges. First, the client wanted a specific layout for the house, but because they were trying to keep the total floor area within a set budget, it was difficult to establish sufficient circulation space for the programs. In order for the desired room layouts to work, it was necessary to introduce curved corridors to connect the spaces with sufficient clearances. Second, the curved outer walls along the tight northern retaining wall allowed more room for circulation and light to the service areas, while the curvature of the gradating scrim brick wall to the south function as a sun and rain screen as well as a marker of time through its patterned shadows. Third, the shifting of the curved corridors made it possible to create an extended opening between the floors for natural vertical air circulation during the summer as well as creating a connection between the floors for ease of communication. 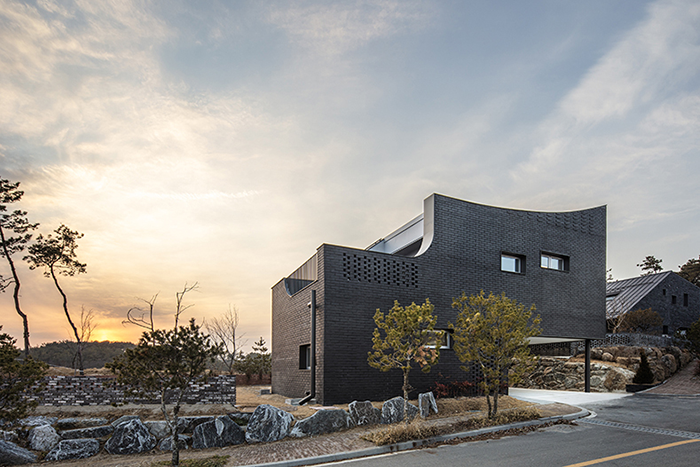 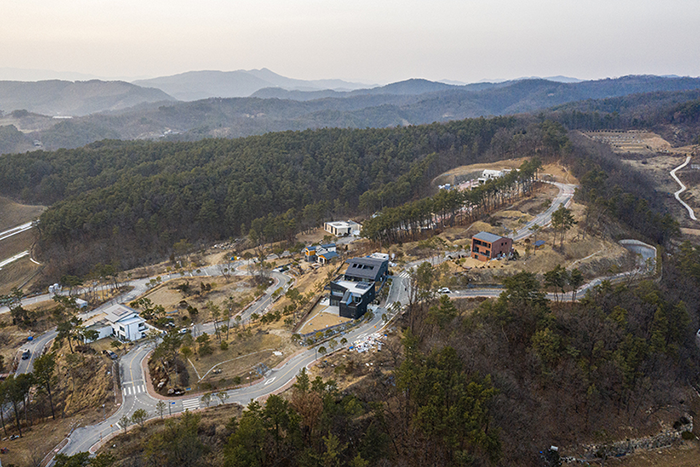 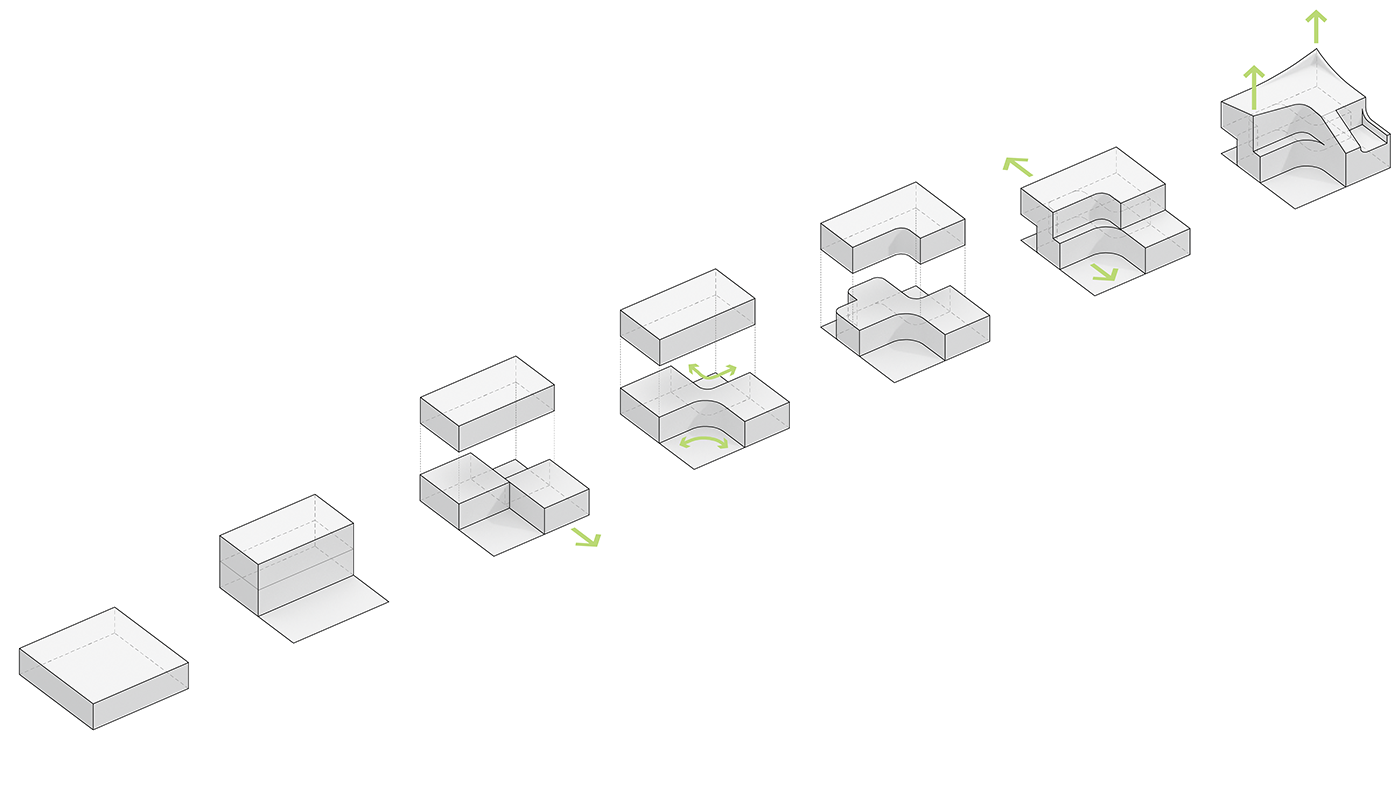 *All text and drawings by Urban Terrains Lab