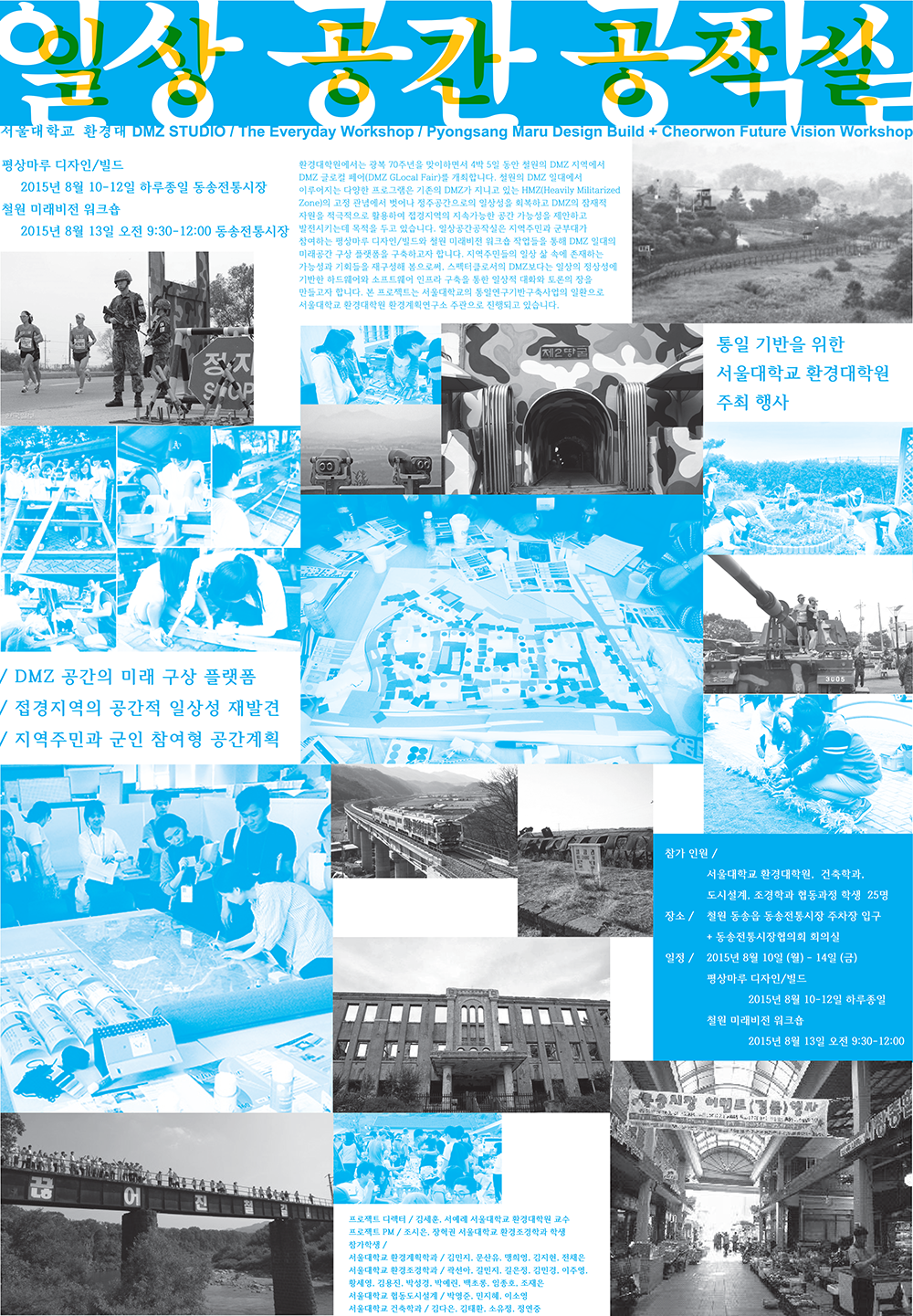 Everyday Space Workshop is a place making and place envisioning installation and event. Through a collaborative effort between the students from Seoul National University, local officials, the army, local residents and shop owners, the project will design, build, and install a public space in the Dongsong Traditional Market to facilitate gathering, meeting and discussions on the future vision of Cheorwon.

DMZ adjacent regions have been under strict military control and economic development have been highly restrained. Instead DMZ tourism has become high priority but the development and plans are based on one time spectacles of the ‘Highly Militarized Zone’ and lack sustainability for the region. Also despite the fact that Cheorwon is the stopping point in the migration path of the endangered Red-Crowned Cranes due to the rich ecological habitat of the Cheorwon Plains, there is conflict between the environmentalists’ push for protection zones and the desire for development and economic viability by the local farmers and residents.

Everyday Space Workshop is an attempt to re-envision the DMZ through the possibilities and opportunities that exist in the daily lives of the community to address the conflicts and negotiations of development, conservation and sustainability. Rather than the branded images of the DMZ as spectacle, we propose to focus on the normalcy of the everyday to build the infrastructural hardware and software platform for everyday discussions and interactions.

Everyday Space Workshop is twofold. Part one consists of the design, build and installation of modular benches, partitions and planters at the entry of the Dongsong Traditional Market. The installation will become the site for the community workshop event and exhibition and will stay permanently as a rest and gathering area for the local shoppers and shop owners of the market. Part two is the community participatory masterplan workshop event that will involve approximately 25 students, 15 locals, 3 local officials and 3 specialists. Three groups representing civilian residents, the army, and the tourism industry will each develop a model that envisions a 5 year, 10 year, 50 year, 100 year scenario and vision for the area between Old Cheorwon-si and the DMZ. 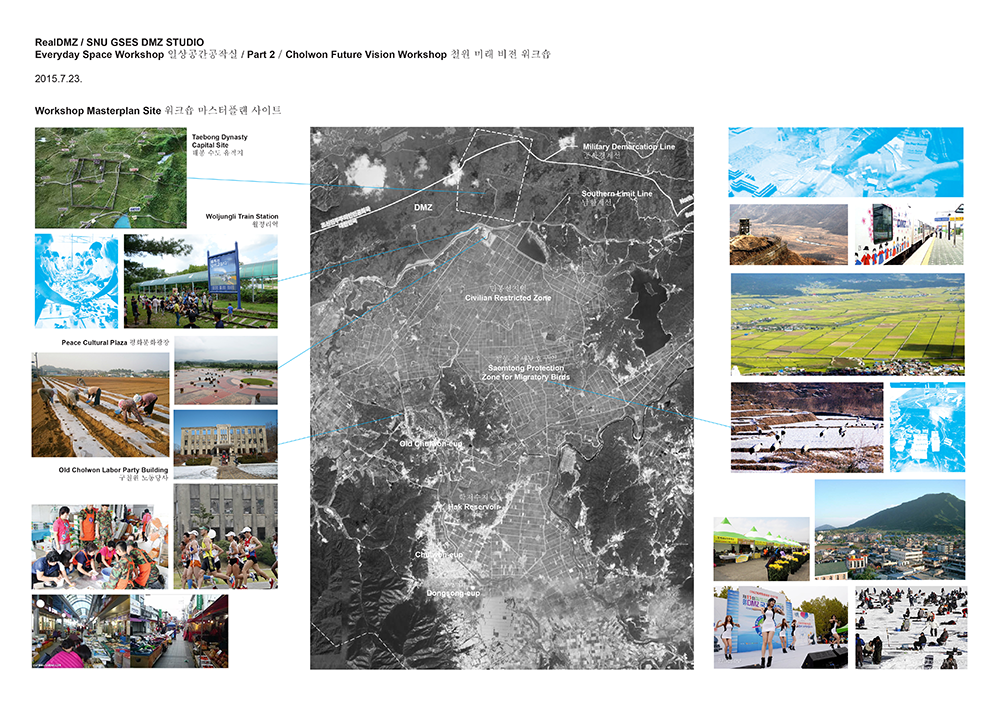 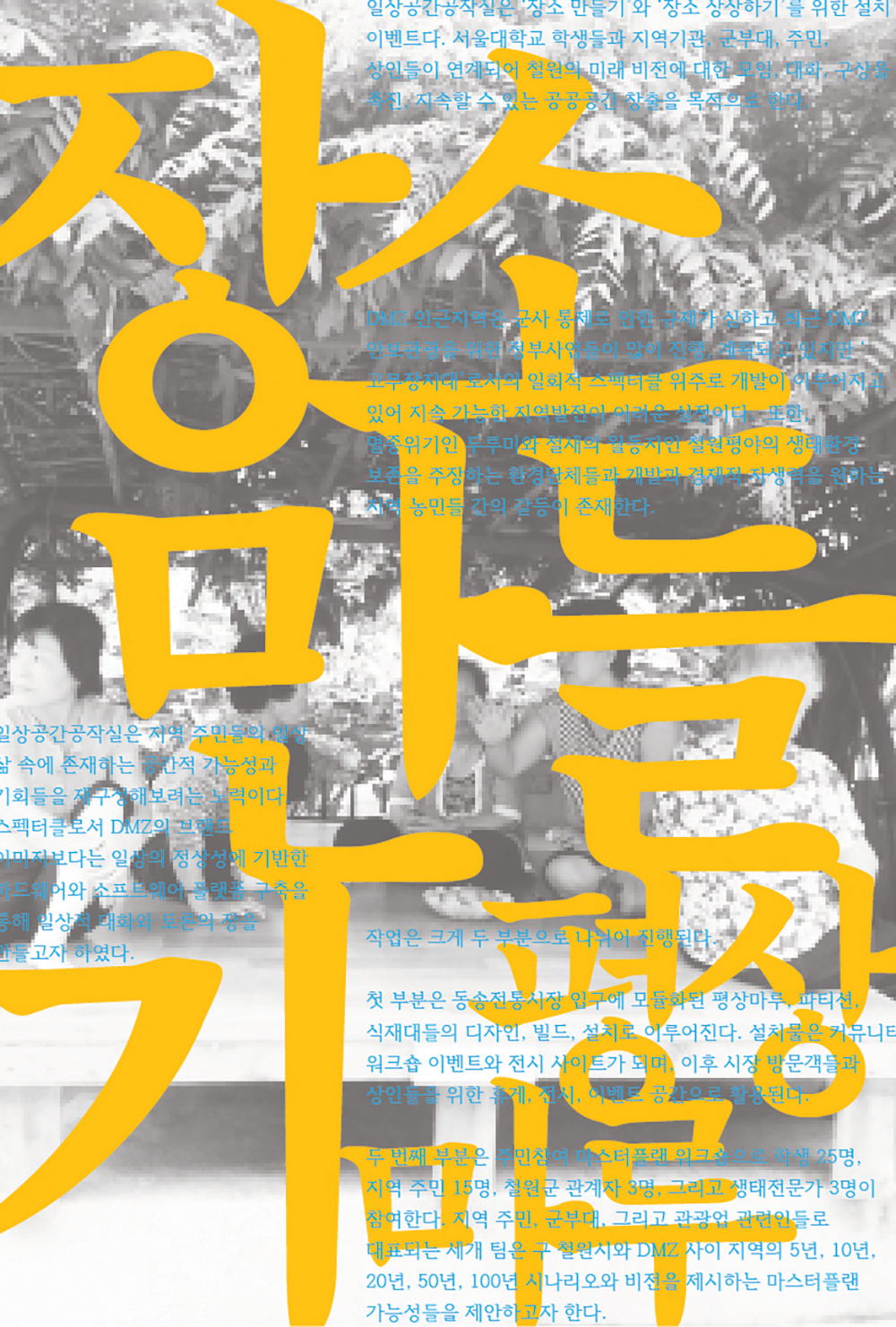 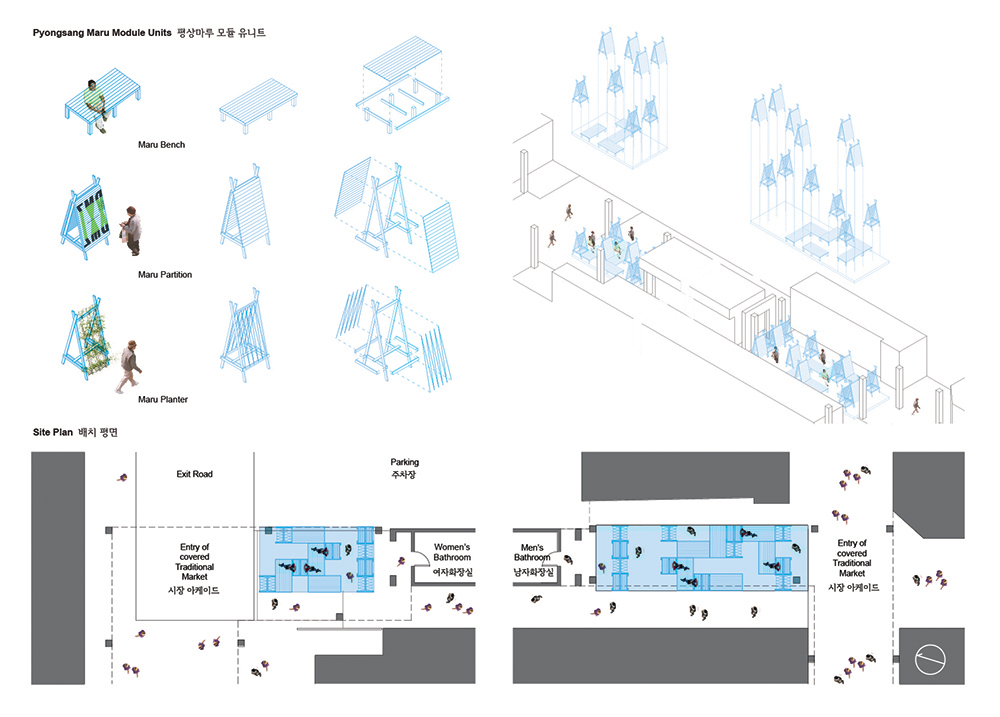 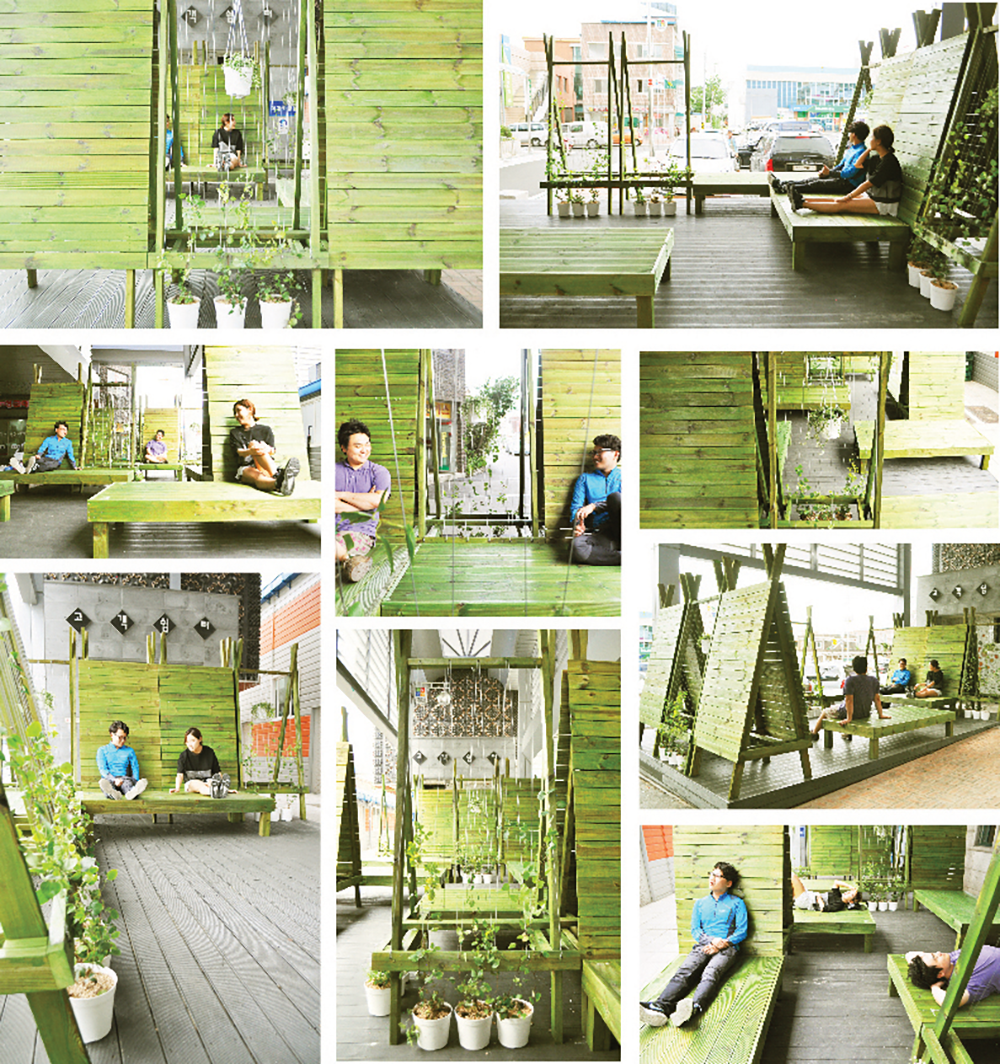 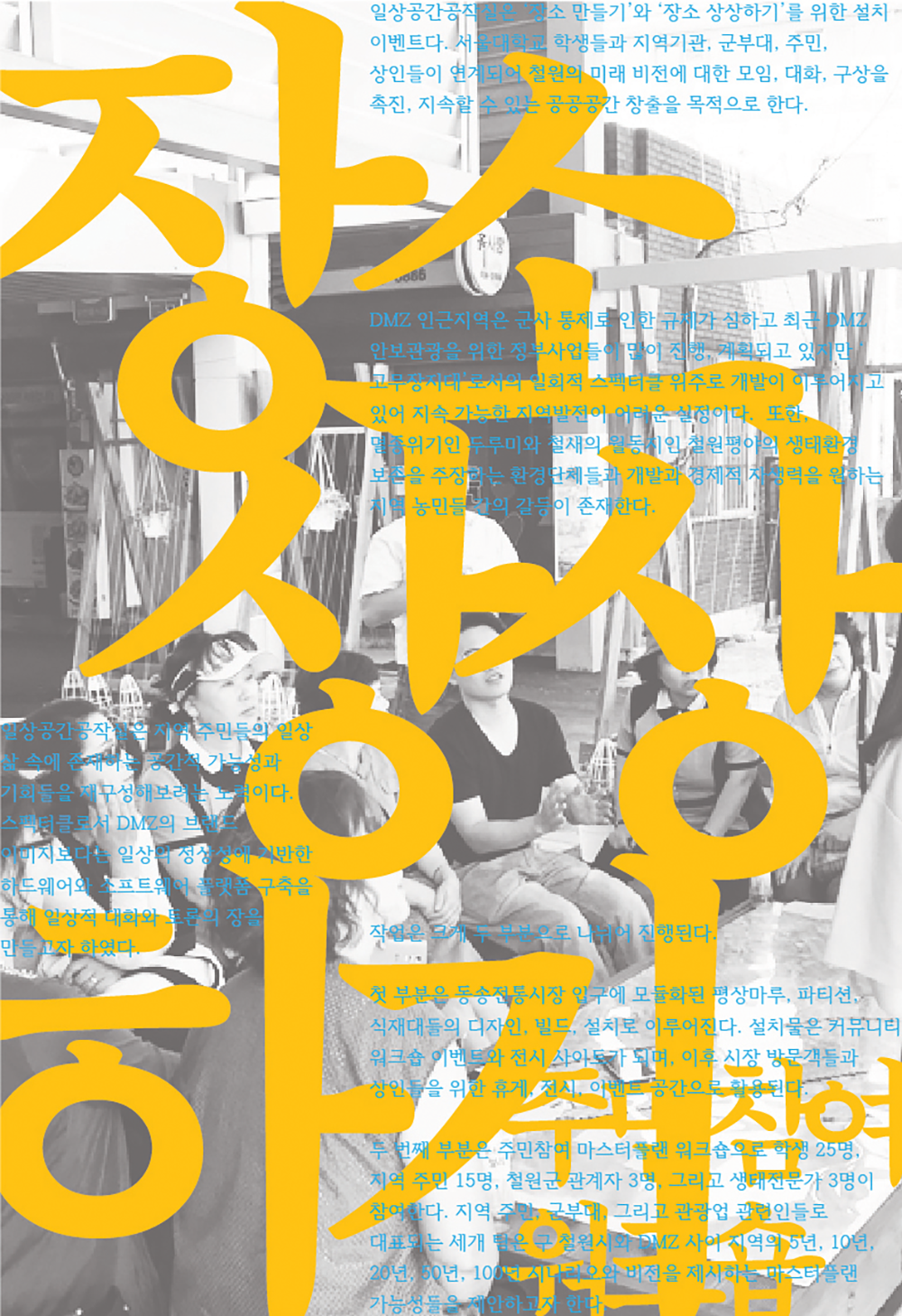 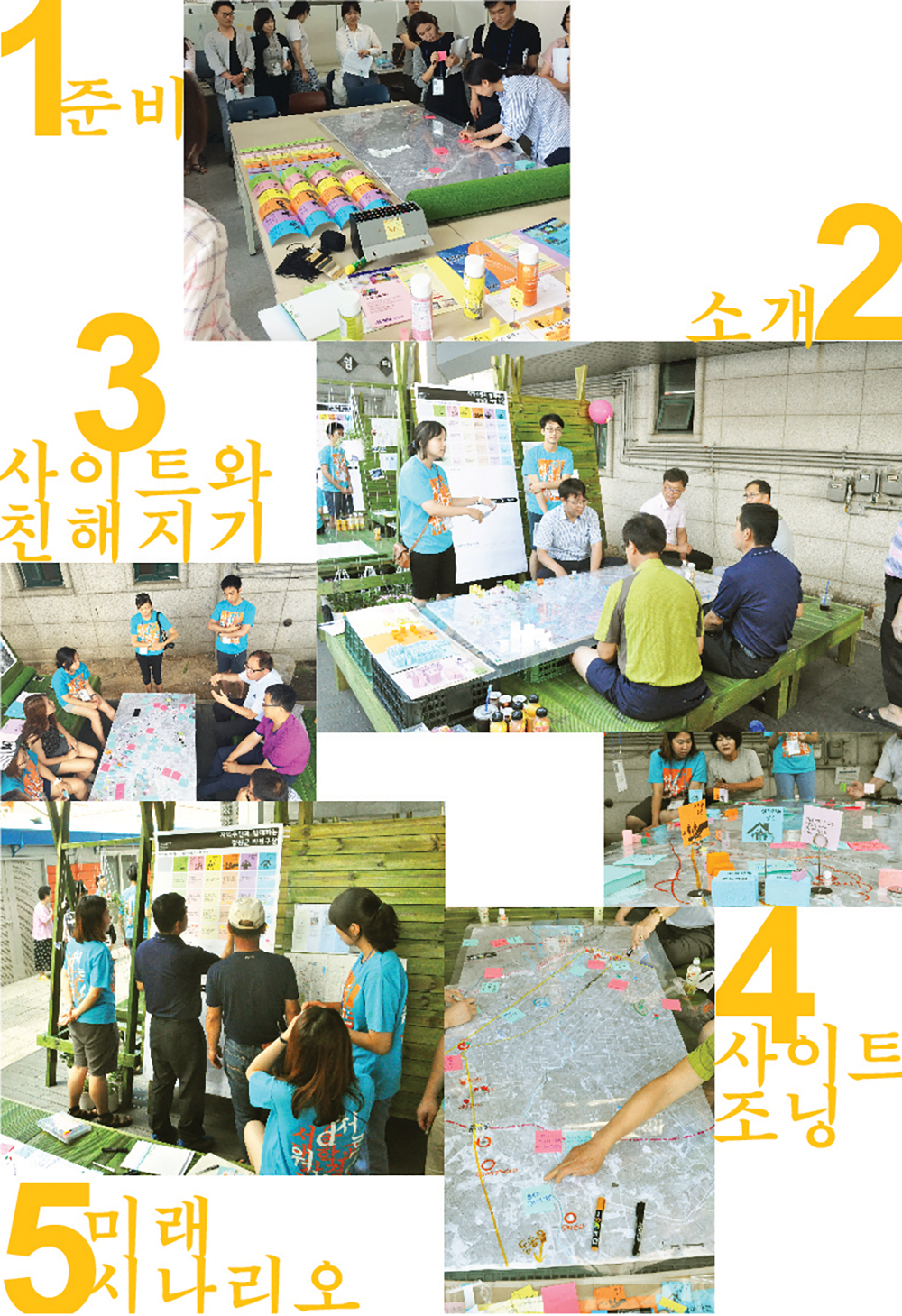 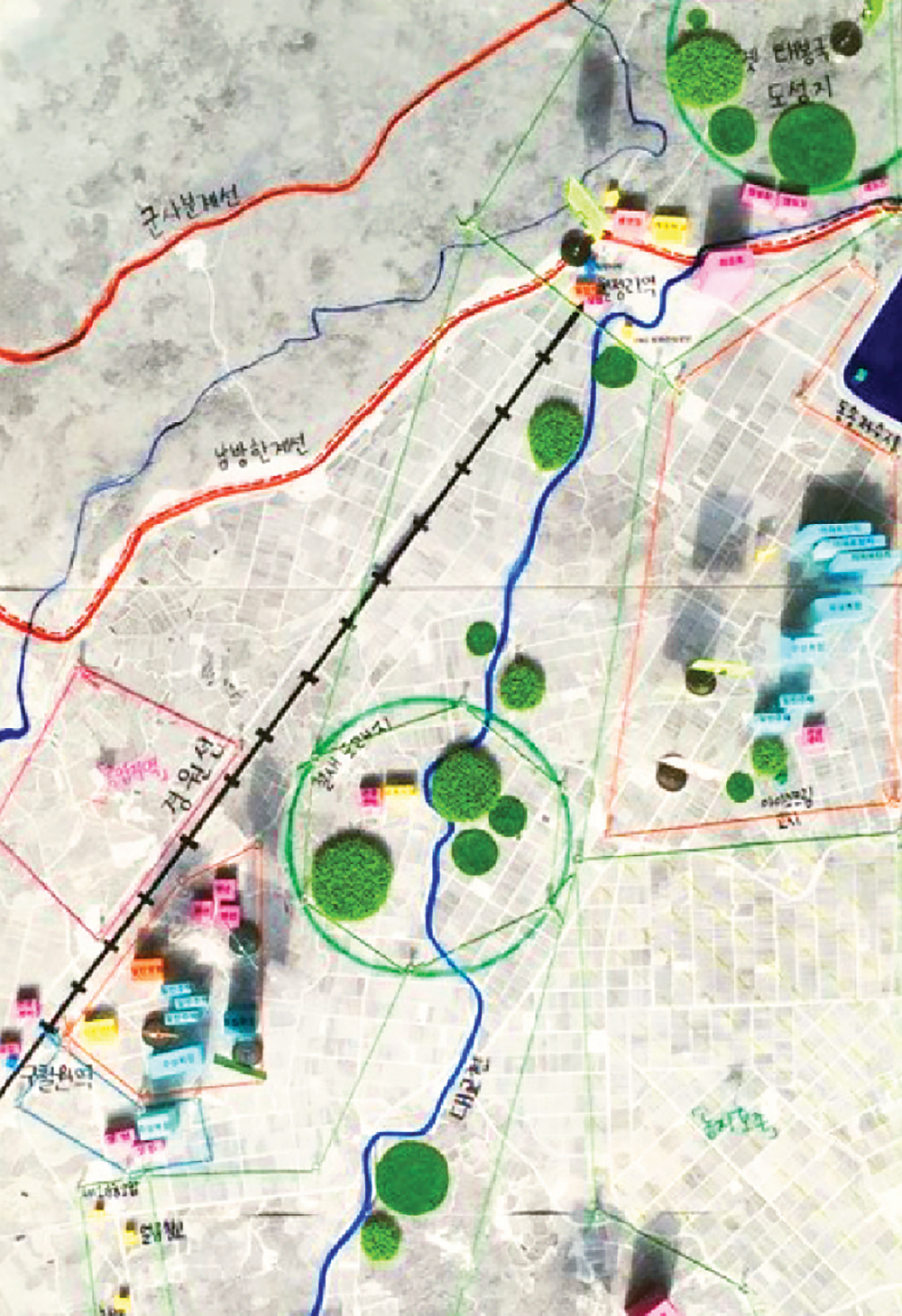 The project is funded by the Unification Research Platform Building Project at Seoul National University and organized by the Environmental Planning Institute at the Graduate School of Environmental Design.