Nodeul Island is a constructed landscape which embodies the geological transformation of 20th century Seoul.

From its infrastructural beginnings as a pier structure for the first vehicular bridge across the Han River to its gradual transformation into a biotope level one succession stage wild forest to the east and a highly active public vegetable garden to the west, the terrain of Nodeul Island have been cultivated through gradual transformations and transfers between artificial and natural ecologies and urban forces of the city.

Cultivated Terrain proposes to celebrate and embody the artificial and natural history of vertical sedimentation and horizontal expansion of Nodeul Island as an expanded landscape of cultivation that builds upon its already rich ecological and social terrain. 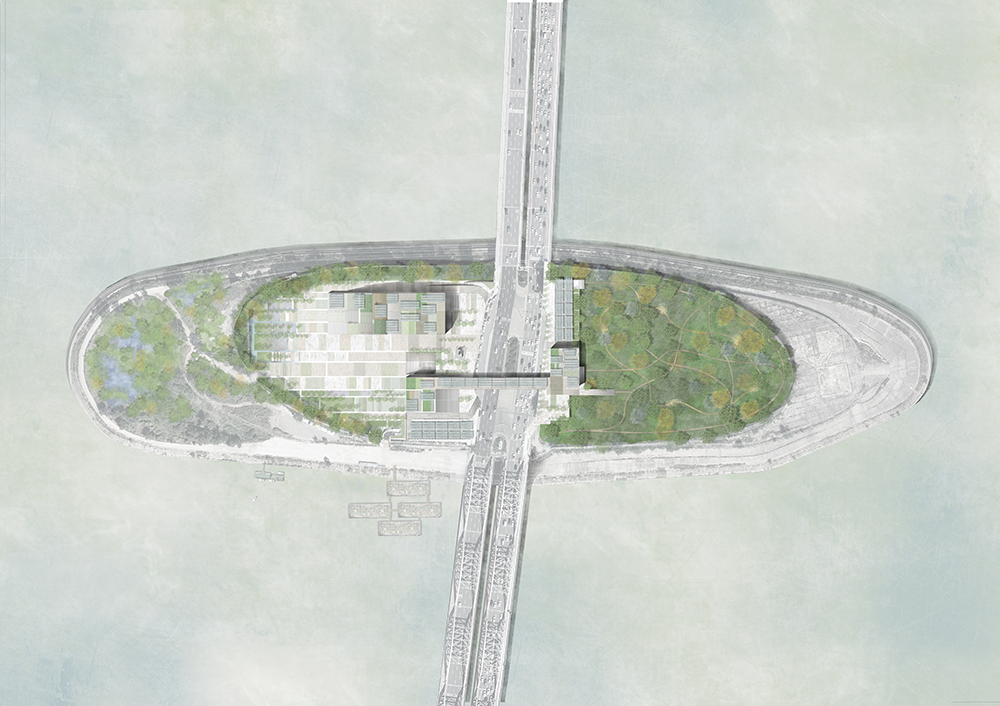 The project focuses on the elements of Earth, Water, Sound and Play to amplify and activate its existing environmental resources to cultivate a programmatic hub of Production, Education and Participation.

Architecture and landscape merge to create a terrain that emerge and connect to create an urban infrastructural landscape platform based on spatial typologies of Roof Terraces, Madang and the Open Plan. 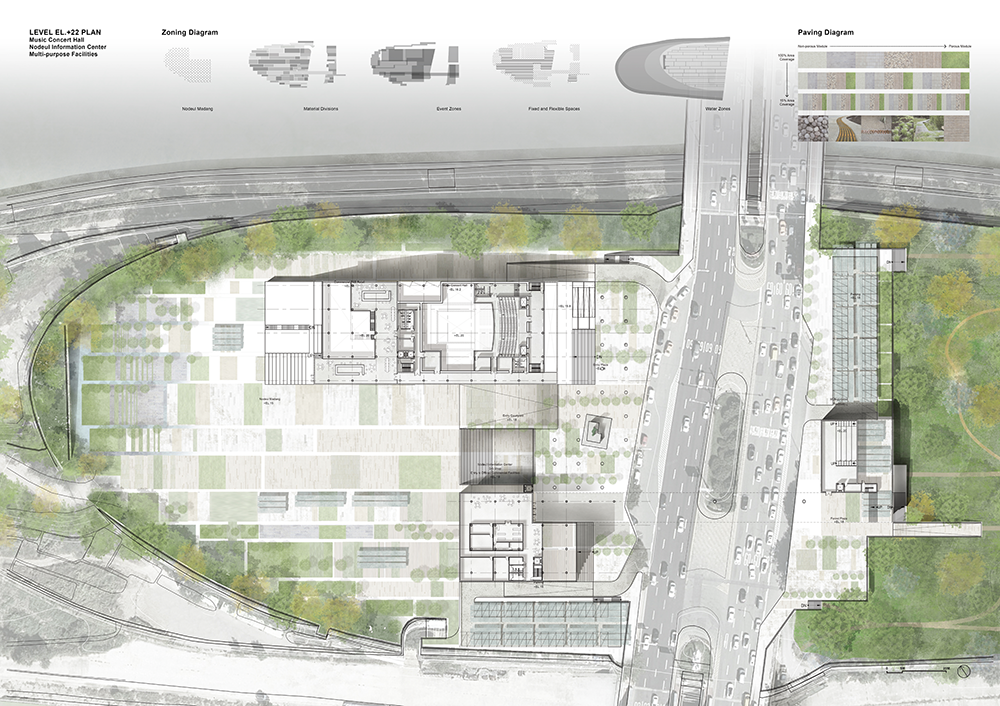 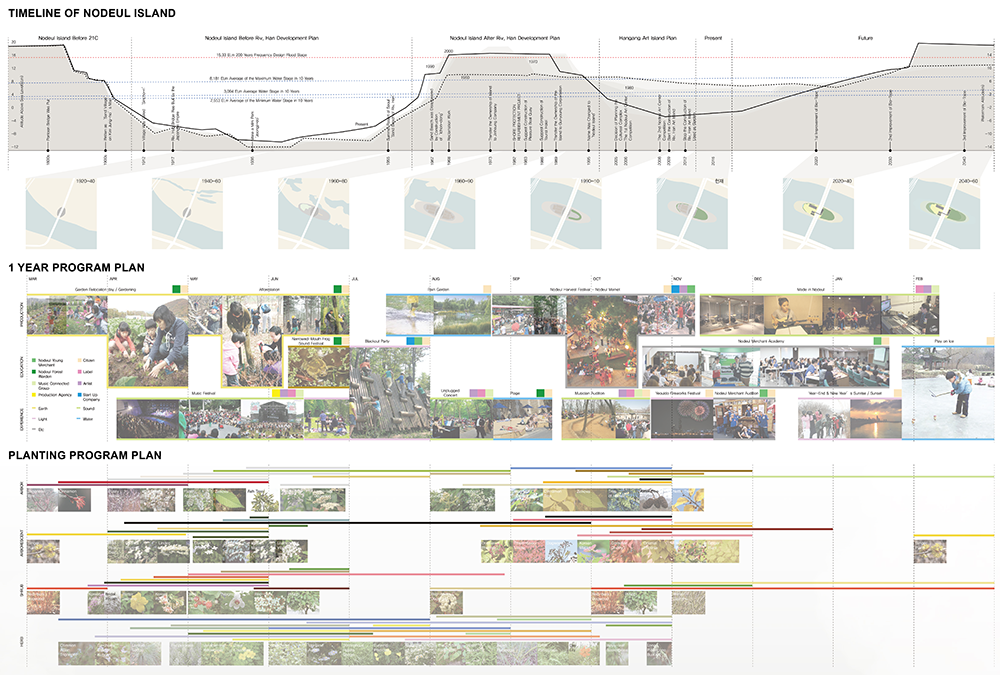 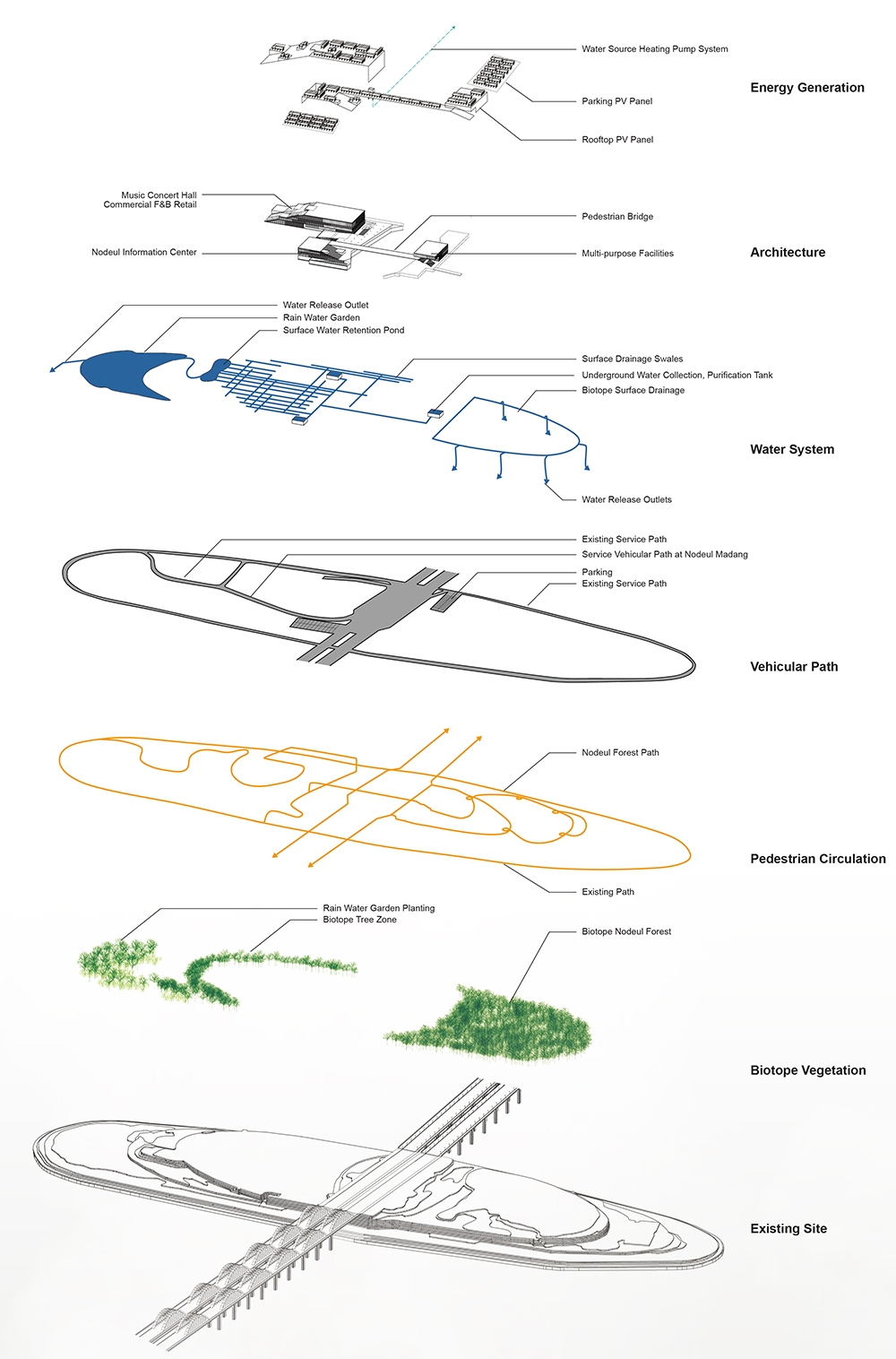 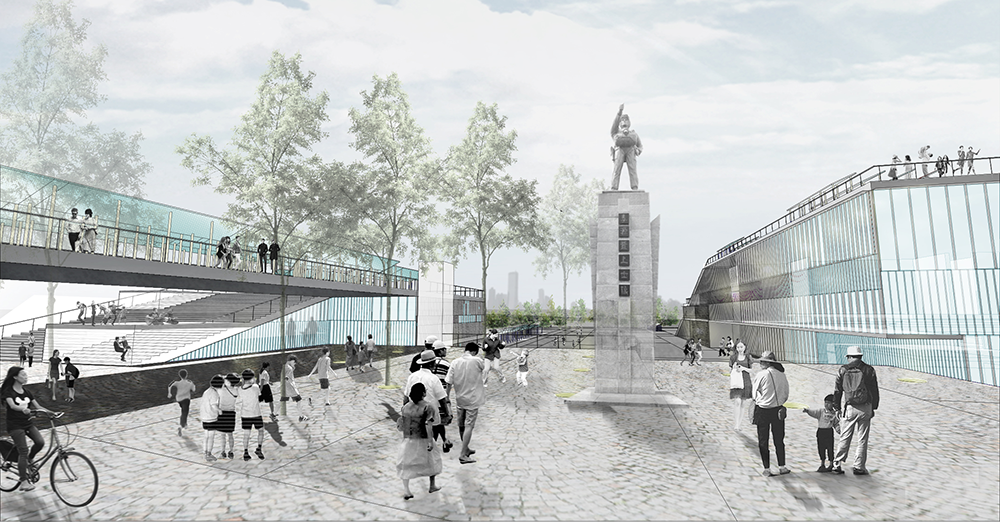 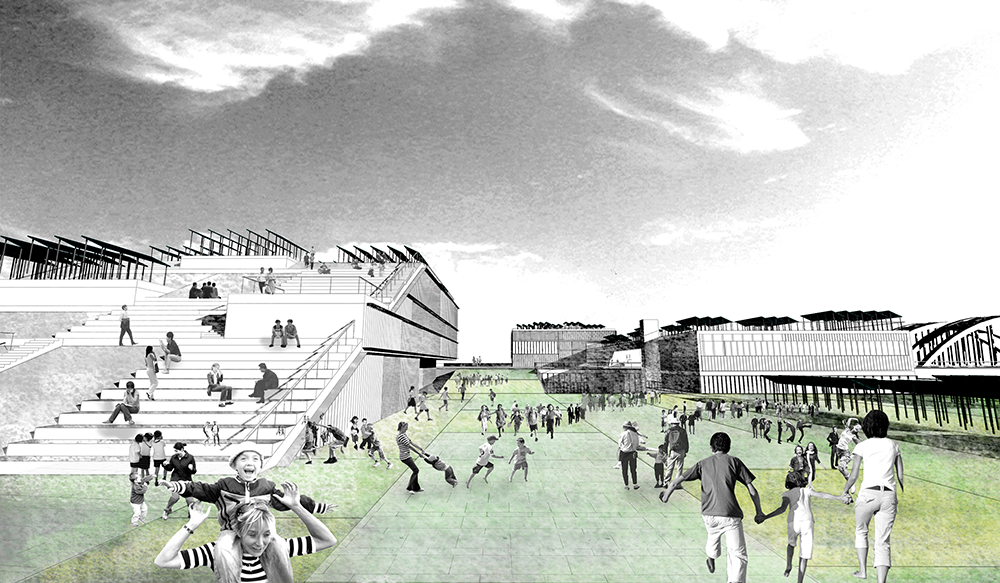 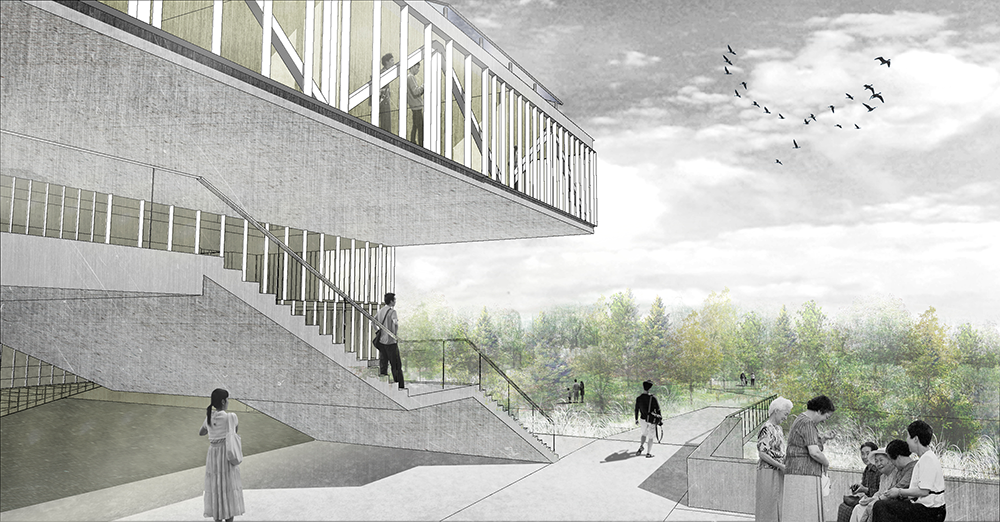 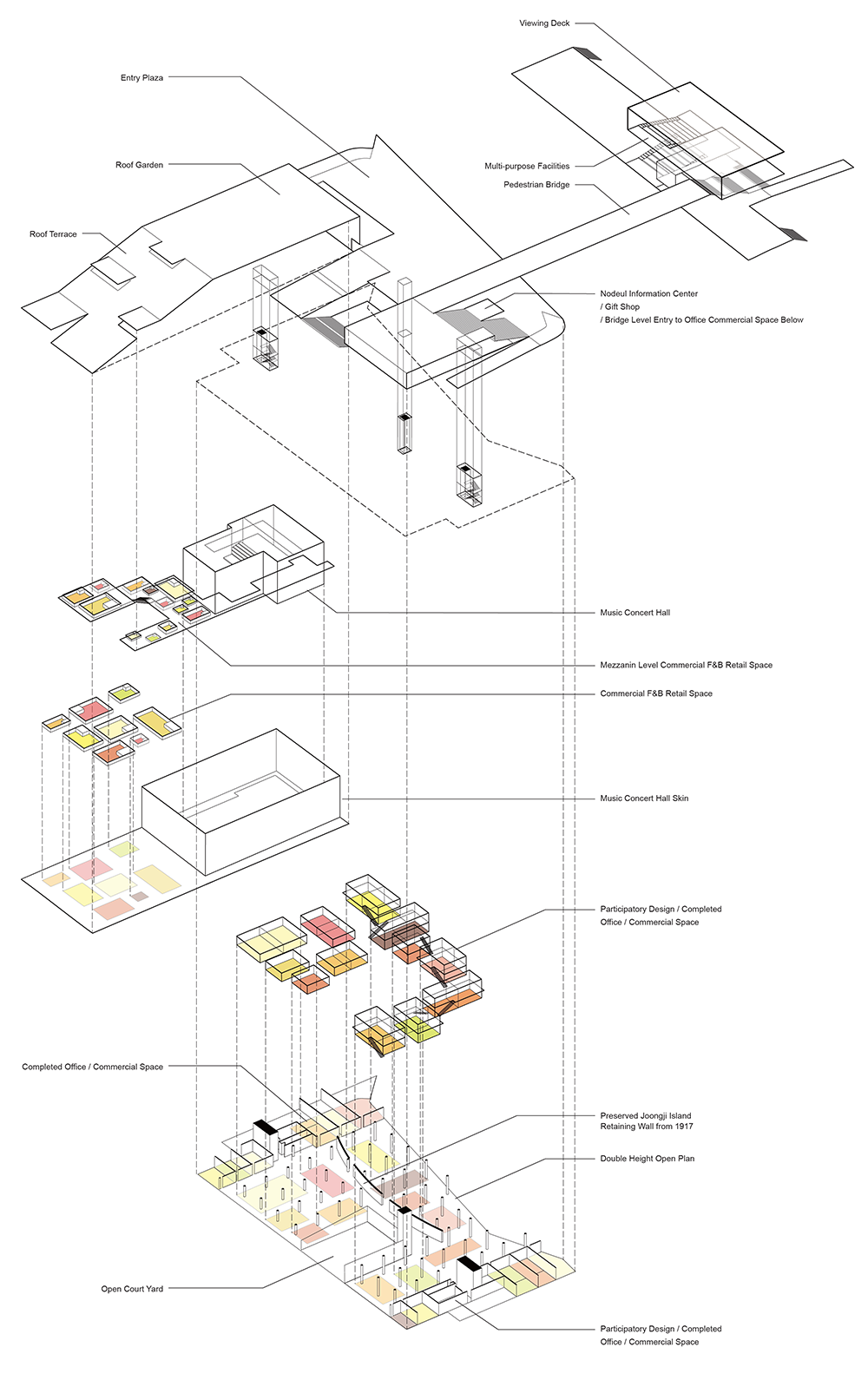 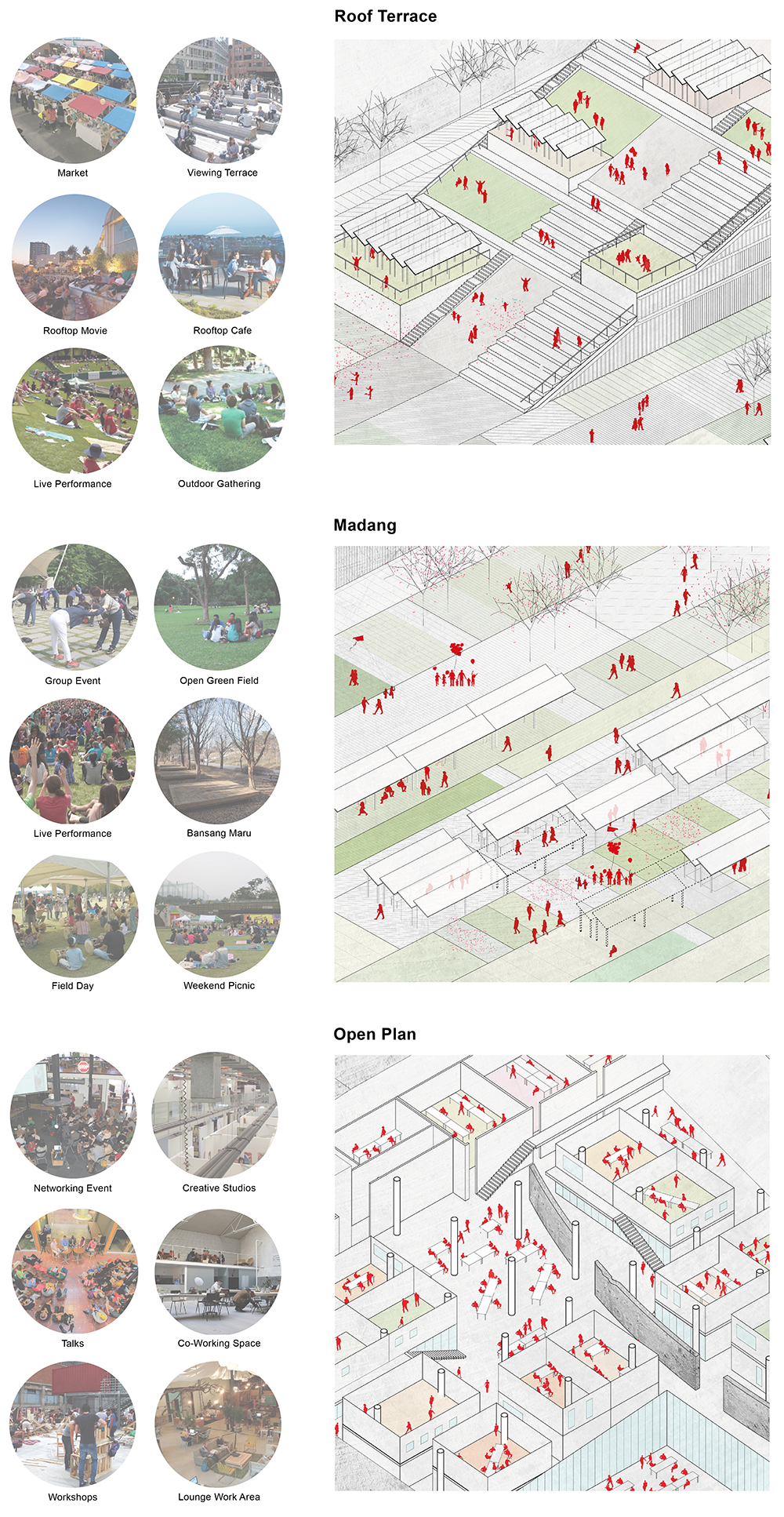 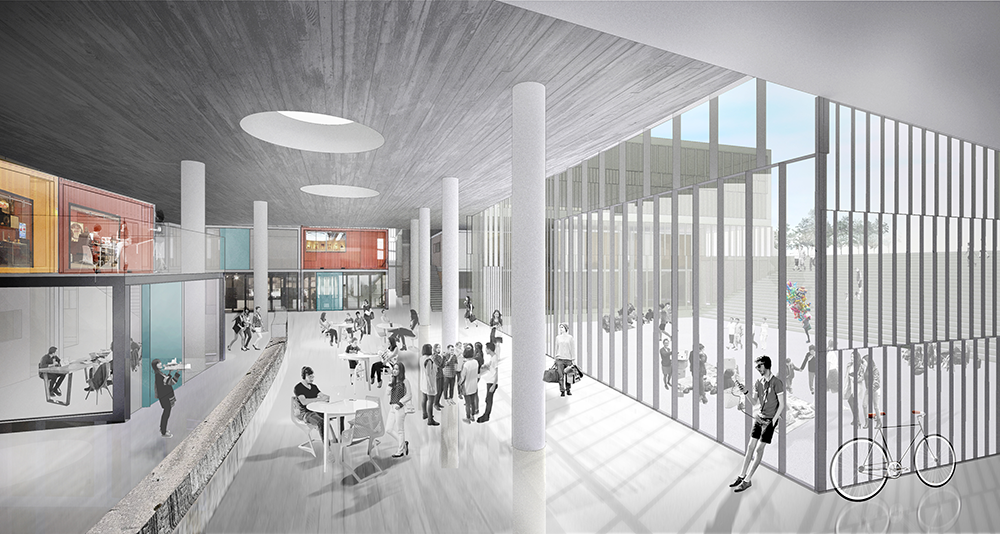