Untold Collaborations on the City 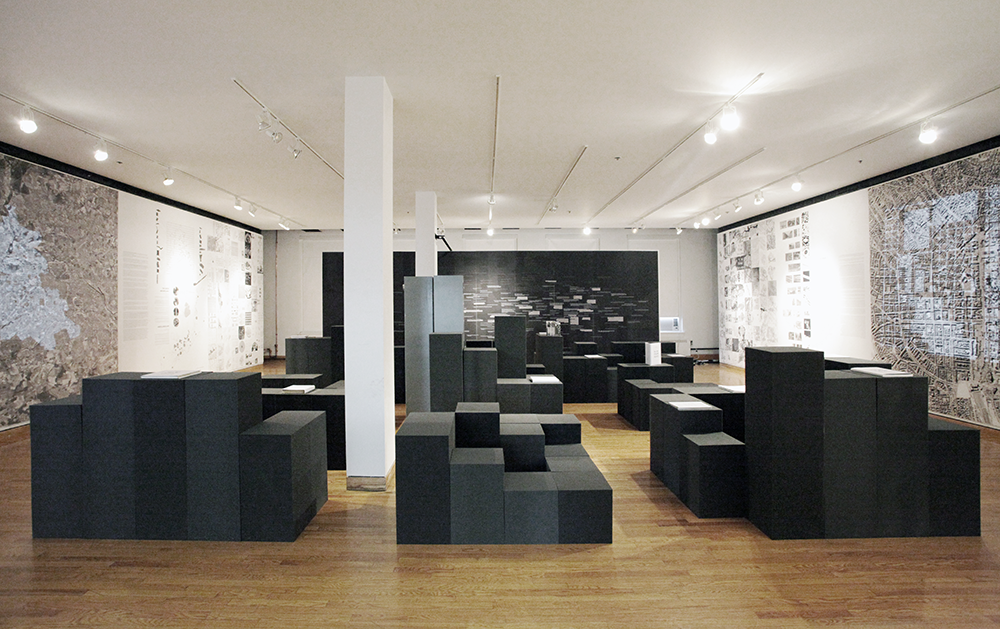 Extensive architectural research and assessment have separately addressed the work of Colin Rowe and Oswald Mathias Ungers. Now, as the profession is in a constant search for tentative alternatives, a comparative understanding of Rowe and Ungers’ impassionate pedagogical discourse within the turmoil of their time permits us to refocus on important issues of architecture and the city relative to the pedagogical goals being pursued at Cornell during 1960-70s. Latent collaboration and competition marked the period when Rowe and Ungers both taught at Cornell. Due to bureaucratic situations and institutional grievances, the relationship has not been recorded as being mutually profitable. But the state of confusion in which architecture existed in this tumultuous period — not dissimilar to the discipline’s current cacophony — allowed for a common aspiration and rigor in promoting a theory of architecture that envisioned new methodologies and modes of thought. Despite the infamous stories of conflict, it is more important to note their mutual understandings of critical conditions for architecture, and the urgency to establish new grounds for projective productions. 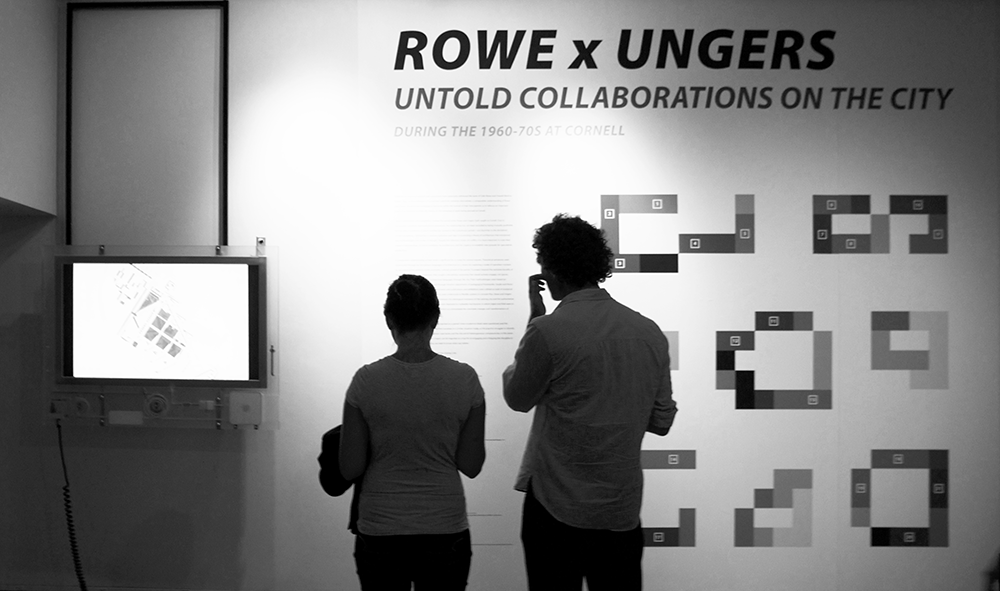 As a visitor to Cornell University, Department of Architecture, one cannot escape the mysticism and folklore surrounding the stories of Colin Rowe and Oswald Mathias Ungers during their period of co-habitation on this remote plateau of academic bliss. The ghost of the two figures lurks behind every corner and every encounter. The extraordinary stories of personal escapades and incidental conflicts are relished as part of the school’s legacy and continue to hold ground as part of institutional history. What exactly happened during this period of coexistence to have produced such productive influential work persists as an irresistible project of pedagogical archeology. 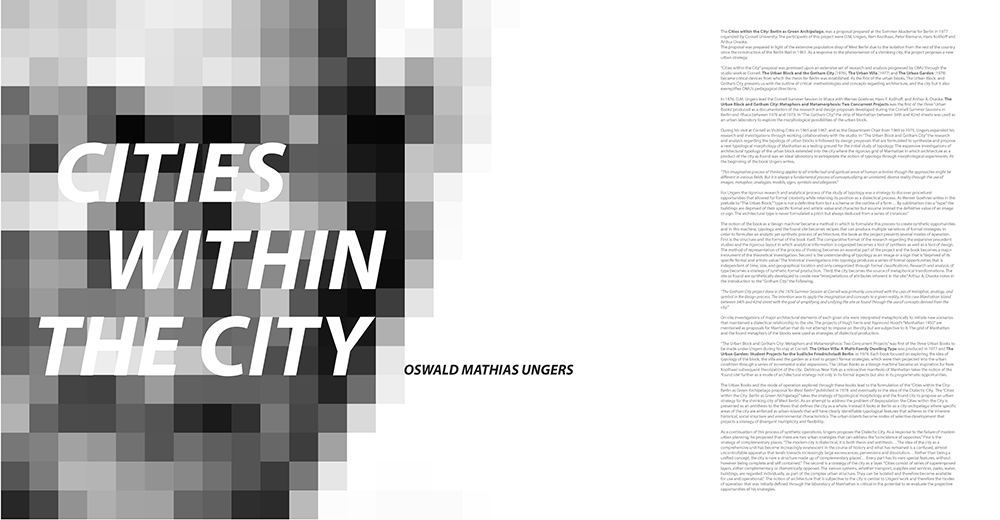 A comparative understanding of their work is significant for us today for several reasons. Theoretical armatures were constructed through the disciplinary languages of architecture as a means for exploring a mode of operation resistant to, yet critical of the political, social, economic, cultural turmoil of the period. To project beyond the reclusive banality of the picturesque and sci-fi utopianism, they sought a disciplinary autonomy that would actively engage, not ignore, society in the conceptualization of architectural languages through the city. Their methodologies were based on extensive research and analysis, processed through iterative adjustments of pedagogical frameworks. Studio and thesis projects became laboratories of larger experiments and publications and exhibitions were utilized as tools of analytical production. Crutially, architecture and the city were understood as flexible systems in constant flux. Rowe and Ungers shared the aspiration for an alternative path between the ideological resistance of the existing city and the authoritarian trauma of modern planning. Urban strategies were deployed as malleable mechanisms in which object and field were in continuous dialogue and as network systems which accommodatied the inevitable changes and transformations of urban conditions.

Take for example, Rowe’s proposal for Harlem in Upper Manhattan in The New City: Architecture and Urban Renewal Exhibition at MoMA, New York and Ungers’ proposal for the area between 32nd street and 42nd street in The Urban Block and Gotham City: Metaphors & Metamorphosis. The two projects, executed in 1967 and 1976 respectively, utilized Manhattan as a site to test the latest theories on the identity of architecture and the city. Although the projects are almost a decade apart, both works were an attempt to address the overt anxieties of new development and construction against the urgency of the imminent disappearance of the existing city. In the 1960s, Manhattan was experiencing the biggest construction boom since the 1930s. Massive redevelopment was accompanied by large-scale destruction. It was a period of internal conflict in which new mega-developments were being realized alongside discussions regarding the history, architectural heritage, and preservation of the existing city fabric. In 1961, the new zoning law took effect, which encouraged an “open” city idea, reminiscent of Le Corbusier’s Plan Voisin of 1925. The Late Modernism of the 1950s was being amended by Historicist Modernism exemplified in projects such as Philip Johnson’s New York State Theater at Lincoln Center in 1964, Edward Durell Stone’s Gallery of Modern Art in 1964 and Minoru Yamasaki’s World Trade Center Towers in 1973. Meanwhile, at the other end of the spectrum, Jane Jacob’s The Death and Life of Great American Cities was published 1961, and with the establishment of the Landmarks Preservation Commission in 1965 and the gradual waning of the legacy of Robert Moses, preservation of the traditional scale and character of city street life became an essential part of the discourse surrounding architecture and city planning. In this context, Rowe’s Collage City and Ungers’ Cities within the City became projective manifestos to test and investigate the new directions in architecture and city that were critical of the disciplinary anxiety of the times and proposed an urban vision for the new collective. This is what remains pertinent to us now. 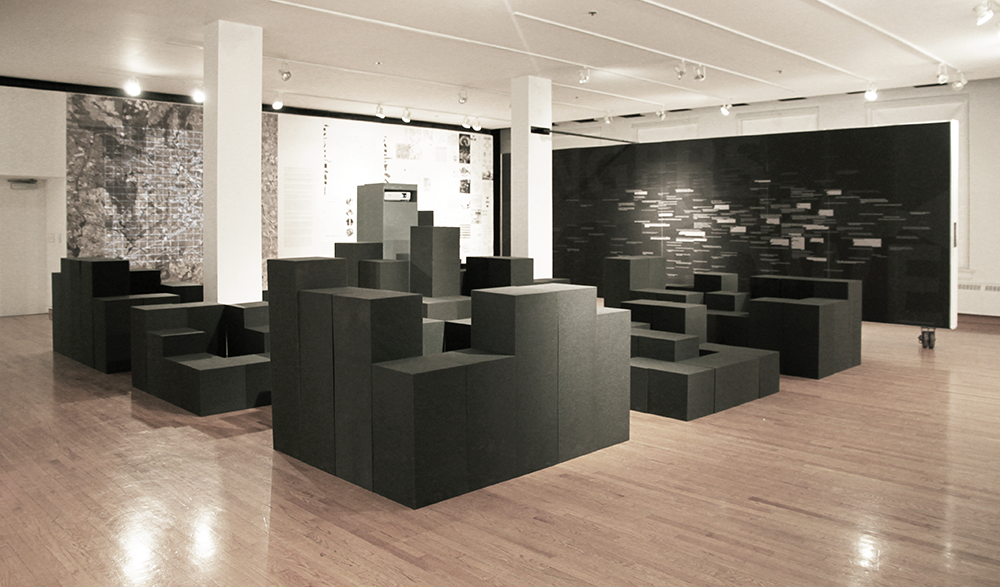 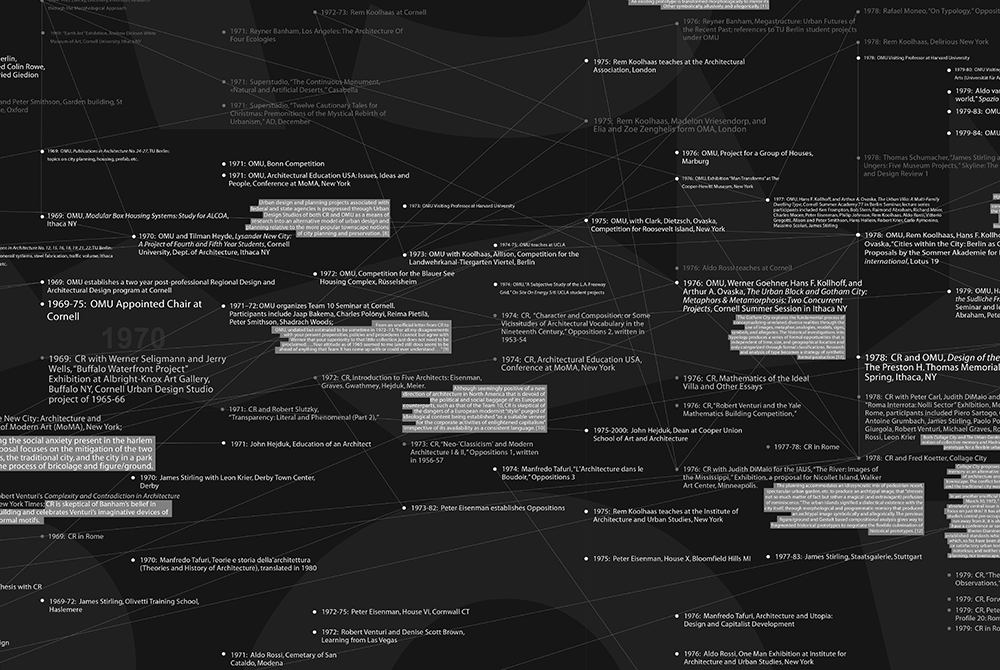 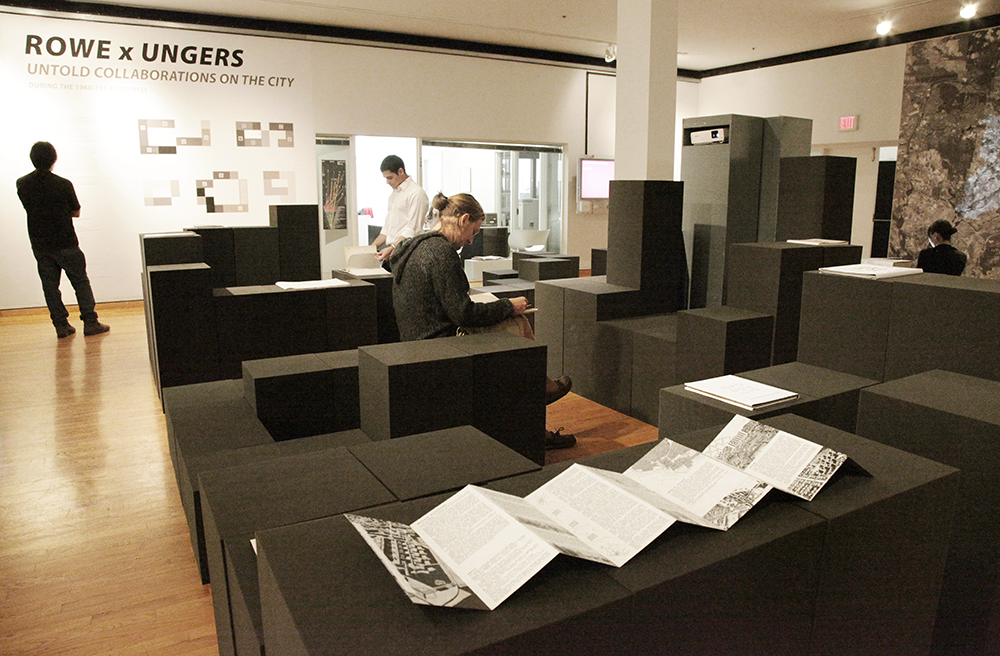 If the decades of the 1960s and 1970s are recognized as a period when modernist ideals were questioned and the profession was infused with self-doubt, we find ourselves in a similar situation today, as the practice struggles to identify its position within the multiplicity of aphasic spectacles and the discord of heterogeneous complacencies. In this sense the critical modus operandi of Rowe x Ungers can be regarded as a tool for re-engaging and critiquing the discipline in its current state. To know what is to be, we need to know what was before.

* All images included in the timeline are courtesy of The MIT Press and the O. M. Ungers Archive.